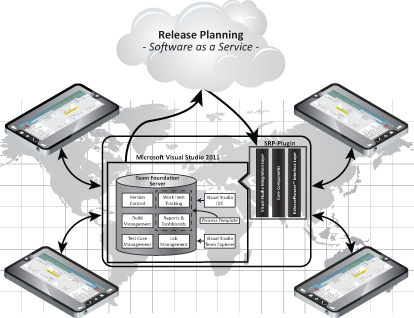 Product management is an emerging discipline that aims at improving the whole process ranging from product requirements to design and implementation. Release planning is an essential part of product management. A major part of the responsibility of a product manager is to balance a variety of needs from markets, customers or stakeholders, and align them into an optimized allocation of sparse resources.
Traditionally, release planning only considers functional requirements. However, the effort available for implementing new features needs to be balanced against the effort needed to achieve stated target quality levels for non‐functional requirements (such as performance, reliability, security). The problem no longer is to only develop a plan for implementing the most comprehensive and attractive set of features, but to determine the best trade‐off between providing desired functionality versus achieving defined levels of target quality.
This proposal addresses the design, implementation and empirical evaluation of a recommendation system called SOPRA which supports SOftware PRoduct release managers. The system to be developed is based on the widely accessible Microsoft Visual Studio 2011 (VS 11). The research utilizes an initial prototype (proof‐of‐concept) called SRP‐Plugin working under VS. The plug‐in facilitates the usage of an existing planning environment called ReleasePlanner™. The added value of SOPRA comes from the implemented synergy between the comprehensive modeling and release optimization engine (made available via the plug‐in) and the life‐cycle development support available under VS (such as work item tracking, version control and test case management). Stakeholder involvement in the planning and re‐planning process is supported via a mobile app allowing selection and prioritization of features based on different criteria.
A proposal for co‐funding has been submitted to the Canadian NSERC Funding agency and is currently under review. The emphasis of this one‐year project is to develop an early recommendation system prototype combining Microsoft technologies with an existing prototype plug‐in for release planning. The prototype is intended to support the role of the product manager. Empirical evaluation is planned to demonstrate the added value of the system development. The recommendation system is extendable to further release management problems such as market‐driven when‐to‐release management as well as dynamic product line release planning.